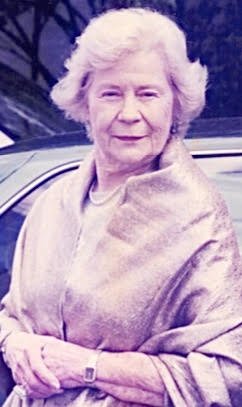 Barbara W. Pierce , formerly of Princeton, died on June 29 at the age of 101 years. Following a brief illness, she died from natural causes at Bear Creek Senior Living in West Windsor, NJ, where she had resided in recent years.

Born June 9, 1919 to parents Ernest S. Winterburn and Jessie Hounslea Winterburn, Barbara was raised in Fairfield and Nichols, CT, where she attended local schools. A graduate of Warren Harding High School in Bridgeport, CT, she completed a two-year course of study at Weylister Junior College in Milton, CT, now incorporated as part of the University of Bridgeport.

At a young age, her father immigrated with his parents to Connecticut from Bradford, England. Her mother was a direct descendant of Roger Williams, founding father of the colony of Rhode Island and pioneer of American religious liberty. Barbara was predeceased by her husband of 56 years, Henry (Hank) Wilder Pierce, Jr., whom she married on June 28, 1941.

Barbara had an active mind and was an avid reader, creative homemaker and accomplished cook. She was an exquisite, life-long knitter and possessed a natural talent for flower-arranging. A gracious hostess, Barbara loved to entertain, and her warm, easy hospitality was regularly enjoyed by her family, her many friends and a steady stream of out-of-town guests. She had an outgoing, vivacious personality and, often surprising those who didn’t know her well, possessed a quick, clever and incisive wit.

Barbara and her husband were frequent travelers, enjoying many international trips with Dartmouth College’s alumni travel program, and particularly with the Dartmouth Class of ’37 alumni trips. They also enjoyed spending winter months at their Caribbean home in Bequia, B.W.I.

A long-standing member of Princeton’s Nassau Presbyterian Church, The Present Day Club and The Nassau Club, Barbara was a devoted wife and mother, good and loyal friend and neighbor, and active community volunteer. As a young bride living in Stratford, CT during World War II, she rolled bandages for the Red Cross in support of the war effort. Moving several times during her husband’s life-long career with the General Electric Company until his retirement, she was a supportive, corporate GE wife, repeatedly packing up their growing family of three children and establishing a new home and life in a new community.

After her husband was transferred to York, PA, Barbara was an active member of the York County Hospital Women’s Auxiliary and the Junior Women’s Club of York. When later living in Verona, NJ, she co-founded a new chapter of the Junior Women’s Clubs (a branch of the General Federation of Women’s Clubs, a national organization); was active in the PTA of North Caldwell, NJ’s schools; was a board member of Princeton’s Present Day Club, at one time serving as its Treasurer; and volunteered at Nassau Presbyterian Church. A resident of Princeton for more than 50 years, Barbara worked for several years on the Princeton Medical Center’s annual Rummage Sale.

A private service and burial were held at Princeton Cemetery on July 10. Arrangements were by The Mather-Hodge Funeral Home, Princeton. Donations in her memory may be made to The Present Day Club Preservation Fund through the Community Foundation of New Jersey, P.O. Box 338, Morristown, NJ 07963.

Share Your Memory of
Barbara
Upload Your Memory View All Memories
Be the first to upload a memory! 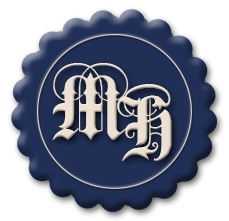